When I came within one show-jumping rail of winning the tough 2001 Fair Hill International Advanced three-day event on Annie Jones’s Thoroughbred Cayman Went, his spectacular performance was even more impressive because he was only seven. But he’s not the only early achiever in my barn.

When House Doctor partnered me to a team gold medal in the Sydney Olympics, his first four-star event, he was eight (the minimum age for horses in an Olympic three-day). In spring of 2002, I rode seven-year-old I’m So Brite at the Foxhall (Georgia) Advanced three-day-which Cayman, seven, also completed in 2001.

All three horses are examples of how my program, though it doesn’t push them faster than they’re able to develop, provides talented youngsters the opportunity to move up quickly. A horse who’s physically fit, mentally suited to the job, has been trained up correctly from the beginning, and gets the experience he needs at each level can start competing at Novice and Training as a four-year-old, go Prelim at five, do an Intermediate three-day as a six-year-old, run his first Advanced three-day at age seven, and (if he’s good enough) his first four-star at eight. I start each youngster with the idea that he may get from Training to Advanced in three years-but I don’t just assume he will; I’m alert at every step to signals that he needs more time and training. 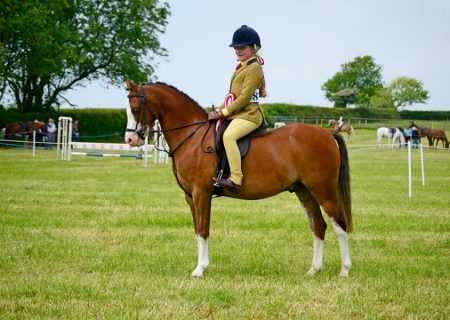